The Roadmap timeline is fully customizable, and "Roadmap for iOS" makes customizing the timeline easy and flexible.

Customizing the timeline for product roadmaps and high-level project plans based on business requirements is efficient and straightforward. Powerful customizations greatly expand the use of this app, such as creating meeting agendas.

Manually maintain timeline sections and cells and update the title of the cells.

Tap the timeline to display the context menu and choose Initialize Timeline via Wizards (Wizards are only available if there are no tasks in the roadmap).

We can initialize the timeline with a text formula to efficiently adjust the number of timeline cells and cell titles. 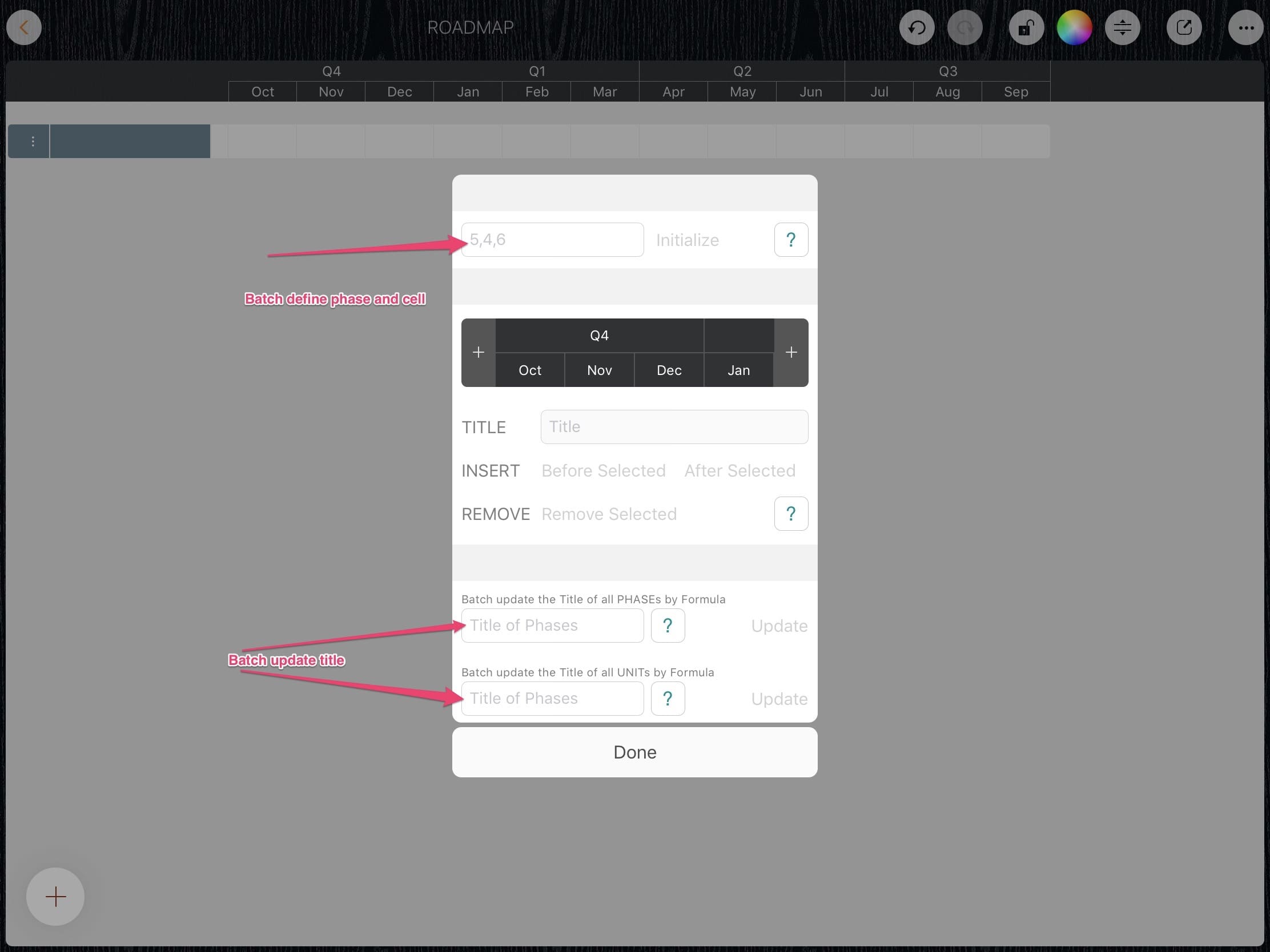 1. Three phases, the cells in each phase are different

2. Four sprints and ten days in each sprint.

We create a timeline with four sprints and ten days in each sprint.